If you have any harbour or marina related issues, please do let us know.  Make contact with one of the officers, or any committee member.  We try to monitor facilities regularly, but we can't be everywhere, so your feedback is important. 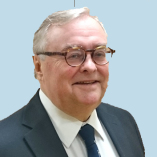 Will joined StHBOA in 2012, at committee level & brought a huge amount of calm, logical thinking over issues around the harbour. Will became chairman in 2016 and has been sitting on the Marine Development Group since.
Will has been sailing since a very early age, and cruised the South & South West of England, as well as Brittany and the Channel Islands in his teens. He defected to motor boating about 18 years ago. 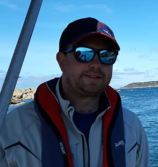 Nick joined StHBOA in 2009, a keen boater since a young boy. Motor boat and lobster potting are his interest when not running South Pier Marine. Nick is also a member of the Jersey Marine Traders and has sat on the Marine Development Group since 2010. 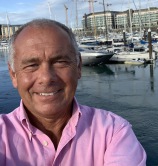 I've sailed all my life and enjoyed some great racing, but a number of years ago I went to the dark side, opting for destination rather than journey!, but still enjoy the odd yacht race.

Mike joined the committee in 2020 and looks forward to breathing fresh air into our social calendar.

I enjoy leisure trips around Jersey and the occasional overnight trip to Carteret and Guernsey. 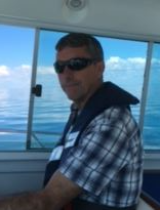 Kevin joined the committee in 2009 and it a valuable member of the team. His long term knowledge of the ports infustructure helps the committee greatly when the need arises. Kevin loves taking his motor boat to France & relaxing in Les Sambue lagoon. 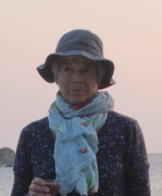 Christine took over at Hon Secretary in 2020 from our long-standing Hon Sec' Peter Donne Davis. Christine brings a great amount of knowledge of Ports and historic agreements.  You might find Christine pottering about in her Orkney 19 in the summer months.